Wishing you good luck and great success in year 2016.

Here is small puzzle game for you: 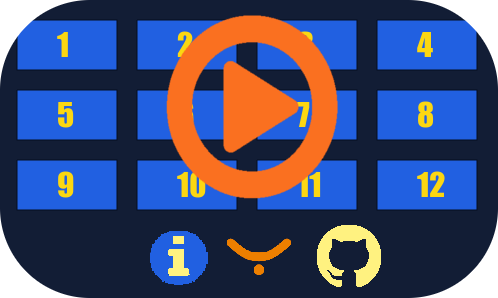 Source code is available at GitHub.

You can play the game on tablet, phone or computer.

Limitation for users with Windows 10 with touch displays: Mouse does not work, you can use only touch. Bug was already reported to authors of Kiwi.JS framework.